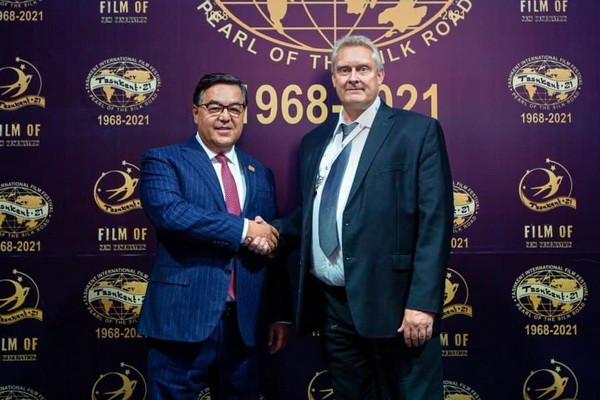 Tashkent, Uzbekistan (UzDaily.com) -- Within the framework of the Tashkent International Film Festival "Pearl of the Silk Road", organized by the Agency of Cinematography on the initiative of the President, an agreement was signed with Danmon Group (Denmark).

This agreement was reached within the framework of the implementation of the resolution of the President of the Republic of Uzbekistan from 7 April 2021 No. PP-5060, in order to equip the State Unitary Enterprise "Uzbekfilm" with modern cinema equipment.

The company representatives organized a special presentation on the possibilities of new technologies for local and foreign specialists. Then an agreement was signed between the general director of the agency Firdavs Abdukhalikov and the director of the Danmon Group company Brian Scott.

According to the terms of the agreement, by the end of this year the company will supply part of the technologies to the Uzbekfilm film concern.

Now Uzbek filmmakers will have the opportunity to use modern world-class cinema technologies.