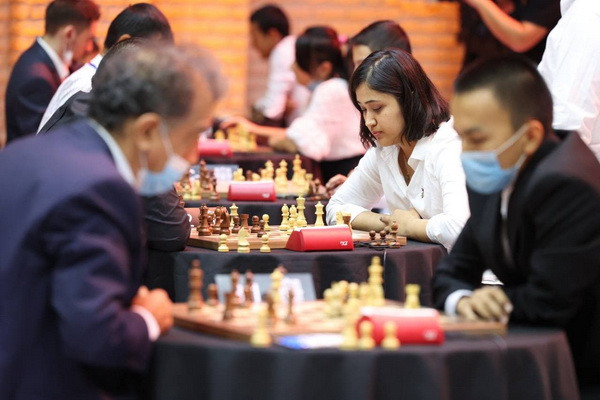 Tashkent, Uzbekistan (UzDaily.com) - The final of the "Zakovat-Gambit" chess tournament will take place in Tashkent on 14-15 August. In total, over 3760 applicants were registered to participate in the tournament in all categories.

Six qualifying rounds will be played on the first day of the final. Upon their completion, sessions of the simultaneous game will take place. The guests of the championship, world famous grandmasters, world champions Viswanathan Anand, Judit Polgar, Rustam Kasimdjanov will take the board with our players. Gulrukhbegim Tokhirjanova, who entered the top 30 best chess players in the world in 2019, and Timur Gareev, the world record holder for the largest number of games in a blindfold session, will also fight with Uzbek chess players. Timur will play with his rivals "with his eyes closed" this time too. Each of the guests will compete with 15 rivals.

On the second day of the finals, after the official games of the tournament, master classes will be held. Also, our young promising young stars of the chess world will be able to compete in simultaneous games with grandmasters who are in the top 10 of the world chess rating.

In conclusion, a solemn ceremony of awarding and the official closing of the tournament will take place. The prize fund to be shared by the winners is 610 million soums.