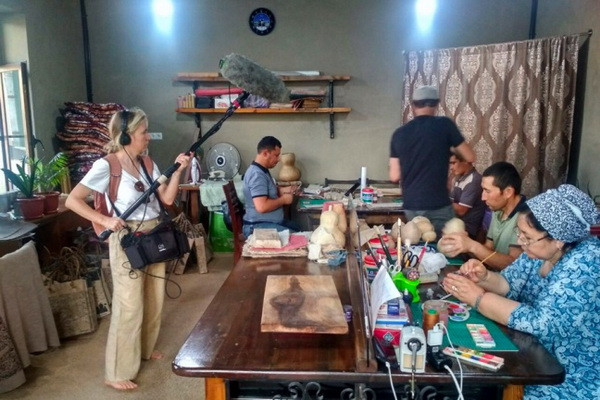 Tashkent, Uzbekistan (UzDaily.com) - The German company BEWEGTE ZEITEN Filmproduktion GmbH has started work on a documentary film about Uzbekistan by the order of the Second Channel of the German television ZDF, the press service of the Main Directorate for Tourism and Sports of Samarkand region reported.

The film crew under the leadership of German director Bettina Wobst carried out filming work at the tourist sites of Samarkand, namely at Registan Square, in the tourist village "Konigil", as well as in the Khoja Abdu-Darun complex, where the guests got acquainted with the new project of the mausoleum.

The creative trip of German documentary filmmakers was organized with the support of the Embassy of our country in Germany and the Ministry of Tourism and Sports of Uzbekistan. The demonstration of the film on the ZDF TV channel is scheduled for December 2021.

It should be noted that ZDF (Zweites Deutsches Fernsehen) is one of the largest national TV companies in Germany with a multimillion viewership, and BEWEGTE ZEITEN Filmproduktion GmbH is one of the leaders in German documentary filmmaking, winners of prestigious awards.