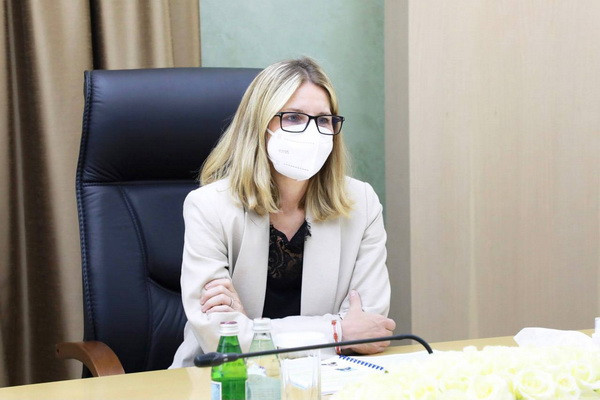 Uzbekistan, World Bank discuss current state and prospects for the development of partnership

Uzbekistan, World Bank discuss current state and prospects for the development of partnership

During the negotiations, the current state and prospects for the development of partnership in a wide range of areas were discussed.

Anna Bjerde highly appreciated the significance of the economic reforms being carried out in Uzbekistan and reaffirmed the commitment of the World Bank to further strengthen multifaceted cooperation with Uzbekistan in order to ensure sustainable development of the country. Also, the foreign side emphasized the success achieved by Uzbekistan in the implementation of projects in the energy sector on the basis of public-private partnership.

The issues of developing a new partnership program of the World Bank with Uzbekistan for 2022-2026 were discussed, which will be based on the priority areas of the country’s reform program - reforms of state-owned enterprises and banks, the financial sector, energy, housing and communal services and transport, agriculture, education and healthcare, as well as the private sector and small businesses.

The prospects of cooperation to support young entrepreneurs in the implementation of investment projects and start-ups were noted.

The Bank’s management indicated its readiness to provide practical support for the implementation of the Mazar-i-Sharif-Kabul-Peshawar railway construction project and to attract other international financial institutions to participate in the project. Also, the World Bank will provide funding for field research and provide technical assistance for the development of design estimates.

The parties agreed to accelerate the joint development of new projects aimed at supporting rural entrepreneurship, as well as urban development and urbanization with a view to their approval by the Bank by the end of this year.

An agreement was reached on the provision of technical assistance by the World Bank for the effective implementation of industrial policy in the regions and the development of a new strategy for promoting export products to foreign markets.

Following the meeting, further steps for practical cooperation were outlined and specific tasks were set for the short and long term.