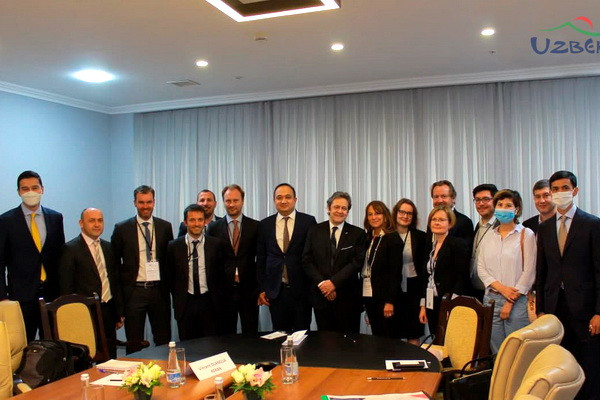 A consortium of French companies will help develop tourism infrastructure

A consortium of French companies will help develop tourism infrastructure

Tashkent, Uzbekistan (UzDaily.com) -- The VIII meeting of the Uzbek-French Intergovernmental commission (IGC) on trade and economic cooperation was held.

Within the framework of the meeting, an Uzbek-French business forum was held, organized jointly with the Movement of French Entrepreneurs “MEDEF International”, which was attended by more than 15 representatives of large French companies such as “Airbus”, “Poma”, “Mnd”, “Keran” , “Compagnie des Alpes”.

Also, a “Loan Agreement” was signed with the “French Treasury” to raise a loan in the amount of 47.9 million euros for the implementation of the “Beldersay-Chimgan-Nanay” MVK construction project, implemented by the consortium of French companies “Geode-Manie Lives-Compagnie des Alpes-Patriarche”.

At the same time, a memorandum of cooperation was signed with the agency for the regulation of the alcohol and tobacco market. The development of winemaking with a consortium of companies “Ingevin” and “Adekvat Vostok” to develop a feasibility study for a wine cluster based on the innovative patented concept “EODE” based on the principle of “French Chateau”.

A protocol was also signed on financing a project to create an international all-season resort “Beldersay-Chimgan-Nanai”. The concept and economic model of the resort were developed by a consortium of French companies “Orex Loisirs”, “Compagnie des Alpes”, “Geode”, “Egis”, “Epode” and “Patriarch”.

It should be noted that the total cost of the project is US$480 million. Within the framework of the project, it is planned to develop tourism infrastructure, including the construction of suspension bridges and ski trails.

In the future, additional types of services will be organized on the territory of the tourist zone based on the development of goat breeding, camel breeding and beekeeping. As a result, an agreement was reached on establishing close interaction to intensify bilateral partnership.