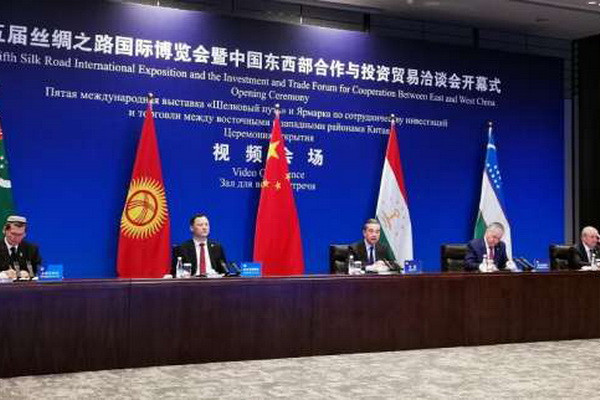 Tashkent, Uzbekistan (UzDaily.com) -- On 11 May 2021, the ministers of foreign affairs of the countries of Central Asia and the People’s Republic of China, as part of the second meeting in the "China - Central Asia" format, took part in the opening ceremony of the 5th International Expo "Silk Road" in Xian (Shaanxi Province, PRC) via video conferencing.

At the event, Minister of Foreign Affairs of the Republic of Uzbekistan Abdulaziz Kamilov made a welcoming speech.

In his speech, the head of the Ministry of Foreign Affairs of Uzbekistan noted that this international exhibition is a vivid confirmation of the growing interest in the prospects for the implementation of joint projects to revive ancient ties on the Great Silk Road.

The importance of the international EXPO in the development of interregional trade, economic and investment cooperation, the exchange of scientific achievements and advanced technologies, and the strengthening of relations in the cultural and humanitarian sphere was emphasized.

Kamilov drew the participants’ attention to the unique geographical location of Central Asia, which plays an important connecting role in the modern processes of interregional interaction.

The importance of taking a set of practical measures to restore global post-pandemic development was noted. “It is necessary to combine efforts in the search for new development drivers and“ growth points ”. The driving forces are to be the introduction of innovative solutions, the development of the digital economy, the promotion of e-commerce, the diversification of transport communications, ”the Minister emphasized.

The readiness of Uzbekistan was confirmed to actively participate in the implementation of investment and infrastructure projects as part of the initiative to revive the Great Silk Road.

At the EXPO "Silk Road", the Embassy of the Republic of Uzbekistan in the PRC organized a national stand "Uzbekistan" to demonstrate various types of export-oriented products of Uzbek manufacturers, which are in demand in the world’s largest Chinese market

With the assistance of the Ministry of Investments and Foreign Trade of Uzbekistan, the Export Promotion Agency, goods of 10 large domestic companies of the agricultural and food sector of our country will be exhibited at the exhibition.