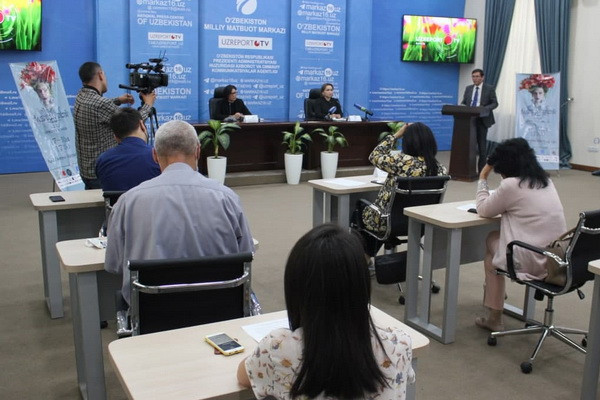 Tashkent, Uzbekistan (UzDaily.com) - On 11 May 2021, as part of the fashion show "The Fashion Show Line 2021", a press conference was held aimed at popularizing the Uzbek national clothing culture.

National culture and art has had a huge impact on the work of modern Uzbek designers. Most brands use national themes in their collections. One of the most important areas of women's clothing today is the inculcation of national values in modern fashion, the formation of the correct taste among young people, the creation of "Uzbek national fashion" in strict accordance with the freedom of conscience and religion, the participants of the event noted.

On the podium will be demonstrated collections "ready-to-wear" and "Haute couture" from eminent fashion designers of Uzbekistan, the best fashion houses and recognized world brands represented by boutiques in the city of Tashkent. And you will also be able to see exclusive outfits in the following directions: national, European evening, men's, women's and, of course, children's clothing.

According to the main organizer of The Fashion Show Line 2021 project, director of the Haidallimodels modeling agency Umide Haidalli, the show of each collection will be accompanied by a theatrical background of the designer or brand, and on the day of the show the winners will be named in the nominations: “Best Designer of the Year” "Best International Designer", "Best Boutique of the Year" "Best Model of the Year" and "Best Mini Models of the Year" "Face of a Modeling Agency"