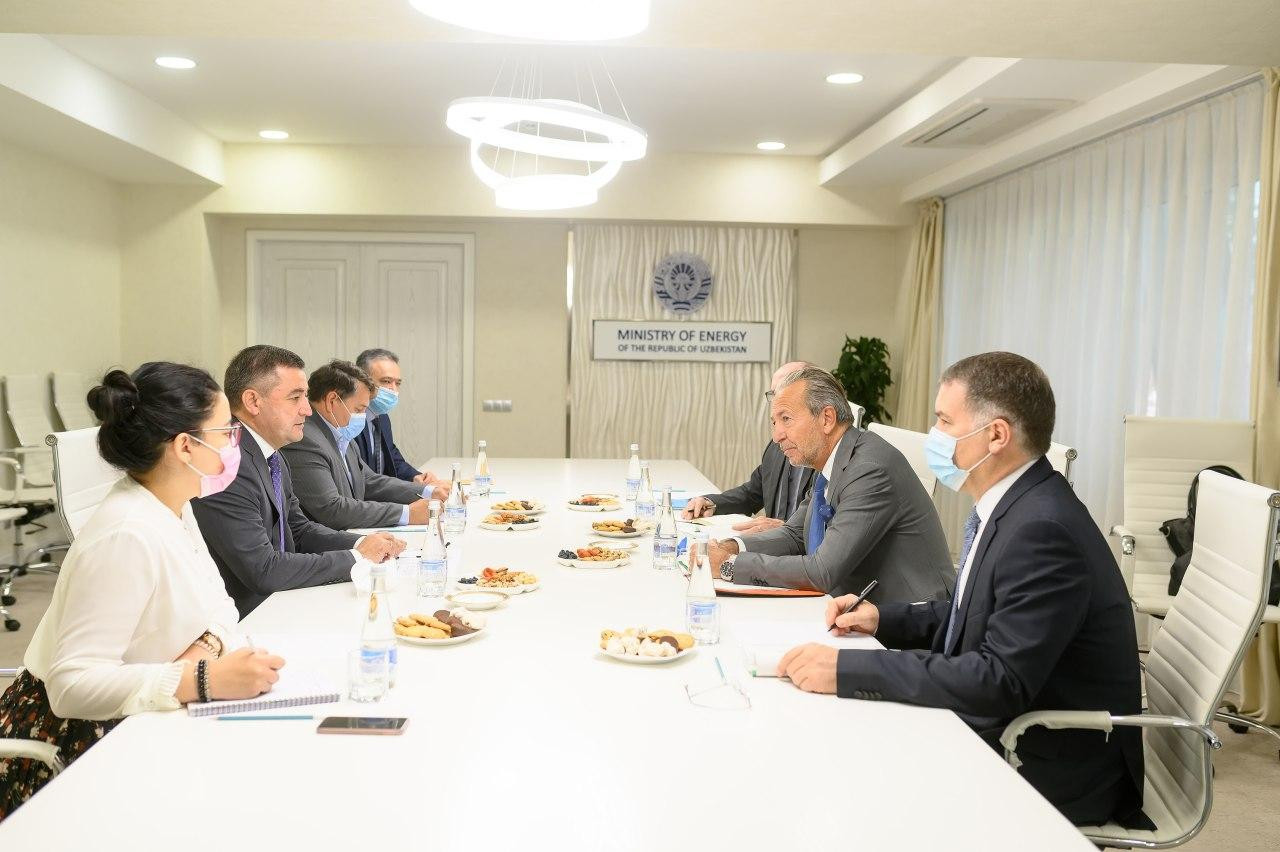 Tashkent, Uzbekistan (UzDaily.com) -- On 12 October 2020, Minister of Energy of the Republic of Uzbekistan Alisher Sultanov held talks in Tashkent with a delegation of the IAEA headed by Deputy Director General of the IAEA - Director of the Department of Safeguards Massimo Aparo.

The parties discussed further interaction on the issues of obligations assumed on the non-proliferation of nuclear weapons, the comprehensive development of cooperation between Uzbekistan and the International Atomic Energy Agency.

In August 2019, Uzbekistan widely celebrated the 25th anniversary of cooperation with the IAEA. This partnership has received a new development since the decision was made on the use of atomic energy in Uzbekistan in 2018 and the creation of the Agency for the Development of Atomic Energy (Agency "Uzatom").

Mr. Apparo noted that there is effective interaction between the IAEA and Uzbekistan in matters of safeguards and, taking into account the adoption of a decision on the development of the nuclear program, the country’s obligations will increase even more, and therefore expressed readiness for full interaction both by organizing seminars and training personnel, and conducting missions and inspections. The need to expand close interaction and cooperation between the IAEA and Uzbekistan was especially noted.

The IAEA delegation assured the commitment to full support for Uzbekistan’s policy on the development of nuclear technologies, the measures and steps taken in this direction were emphasized.

“We highly appreciate the current level of the established relations with the IAEA and hope for further expansion of cooperation,” A. Sultanov noted during the meeting.

It was also announced that Uzbekistan is committed to fulfilling all international obligations with the launch of a national nuclear power program in the country.

Within the framework of the project for the construction of the first nuclear power plant in the country, close cooperation has been established with the IAEA in the field of training and advanced training of personnel.

Employees of the Uzatom Agency and the responsible ministries and departments associated with the project took part in advanced training at educational seminars and trainings organized by the IAEA at the headquarters in Vienna, as well as in the USA, Russia, Romania and the Czech Republic and other countries - selection of the site and construction of the NPP site, development of nuclear legislation, provision of physical protection of facilities, personnel training and a number of other areas.

In technical cooperation with the IAEA, a program for 2022-2023 was developed. to increase human resources and create nuclear infrastructure for the planned nuclear power plant.