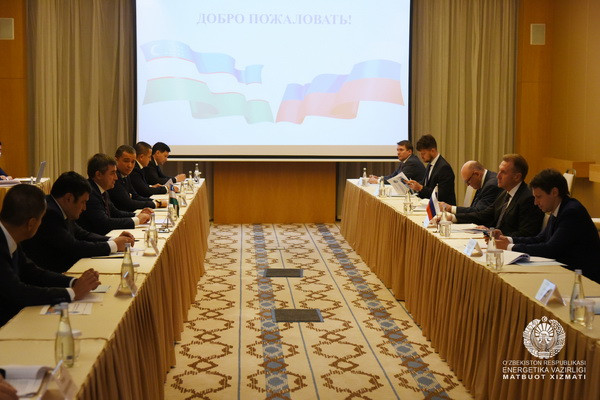 Tashkent, Uzbekistan (UzDaily.com) -- As part of the official visit to Uzbekistan of a delegation of the Russian Federation headed by Igor Shuvalov, Chairman of the state development corporation VEB.RF, on 17 September 2020, negotiations were held between the Minister of Energy of the Republic of Uzbekistan Alisher Sultanov and the Russian delegation.

Opening the meeting, A. Sultanov noted that Vnesheconombank of Russia (VEB.RF) is well known as an important partner of Uzbek companies in the implementation of investment projects in the field of power generation.

With the support of a loan from Vnesheconombank of the Russian Federation in the amount of US$129.0 million, PJSC Power Machines (Russia) is modernizing the power units of the Syrdarya TPP on a turnkey basis (the total project cost is USD 177.1 million).

The head of VEB.RF Igor Shuvalov emphasized the effectiveness of cooperation with the Uzbek side and the importance of further development of the business partnership of Vnesheconombank in the fuel and energy complex of Uzbekistan.

During the negotiations, the parties discussed promising projects for expanding cooperation in various areas of the fuel and energy complex, as well as presented projects in the field of oil and gas chemistry.

These include new projects in the field of hydropower to modernize existing facilities with a total value of 78.4 million euros. It is planned to modernize the cascades of the Chirchik, Kadirin, Urta-Chirchik and Tashkent hydroelectric power plants.

It was discussed the attraction of financing from VEB.RF for the implementation of the Program to increase the production of hydrocarbon raw materials, the project customers are Uzbekneftegaz JSC and Natural Gas-Stream JV LLC.

Another promising area of partnership is the project "Implementation of an automated control and accounting system for natural gas (ASKUG) in the Republic of Uzbekistan."