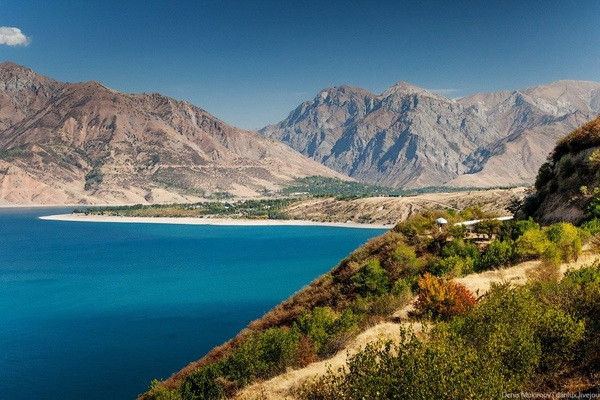 A special administrative management system is being introduced in Bostanlyk district

A special administrative management system is being introduced in Bostanlyk district

Tashkent, Uzbekistan (UzDaily.com) -- A presidential decree "On measures to accelerate the development of tourism by introducing a special management procedure in Bostanlyk district" was adopted.

In accordance with the Decree, a special administrative management system is being introduced in the Bostanlyk district of the Tashkent region for a period until 31 December 2022.

Within the framework of a special system of administrative management, the Deputy Prime Minister - Chairman of the State Committee for Tourism Development simultaneously holds the position of Director of the Directorate of the Charvak Free Tourist Zone, and also coordinates the activities of the khokimiyat of Bostanlyk district.

The khokim of the district is directly subordinate to the Cabinet of Ministers, in terms of status, including the terms of remuneration, the heads of the district departments of the prosecutor’s office, internal affairs and the tax service are equated to the deputy heads of the corresponding state bodies of the republican level.

By the decree, a Fund for the Development of Tourism Infrastructure in Mountainous and Remote Areas without the status of a legal entity was established under the State Committee for Tourism Development.

The fund will be allocated funds in the amount of up to 10 billion soums.

From 1 September 2020, a procedure has been established according to which:

funds received from the sale of state-owned objects and land plots located in the district (except for the costs of conducting appraisal and privatization measures) are sent to the Fund in full.

The construction of hazardous industrial enterprises that pollute the environment is strictly prohibited on the territory of the district.