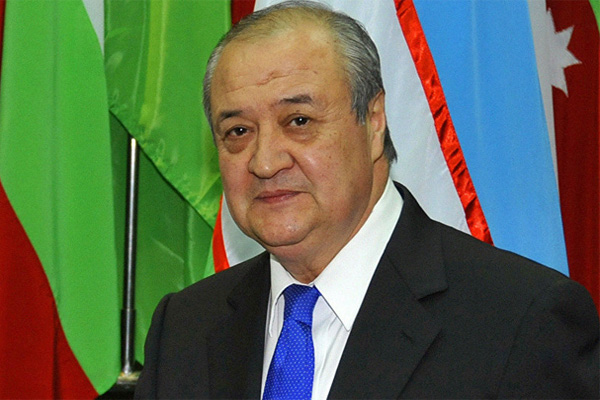 Foreign Minister: Uzbekistan is interested in turning the region into a zone of stability

Foreign Minister: Uzbekistan is interested in turning the region into a zone of stability

Tashkent, Uzbekistan (UzDaily.com) -- Uzbekistan, having a common border with all Central Asian states like no other, is objectively interested in making the region a zone of stability, sustainable development and good-neighborliness. This was stated by the Minister of Foreign Affairs of Uzbekistan Abdulaziz Kamilov at the international conference "Central Asia - the main priority of Uzbekistan’s foreign policy" in Tashkent.

"As the President of the Republic of Uzbekistan Shavkat Mirziyoyev repeatedly stressed, any major regional transport, communication and energy projects cannot be realized without active interaction with the countries of the region, without ensuring a high level of their integration," the Uzbek Foreign Minister noted.

"In addition, it is important for all of us to remember that Central Asia is not only a geographical and geopolitical, but also a single cultural and civilizational space. The peoples, living in the region unite common spiritual values, similarity of national traditions and customs, common historical past. The identity of each state of Central Asia has region-wide roots, which were formed during the Silk Road, under the influence of expansion of cultures of the West and East, North and South," Kamilov said.

"In this regard, Uzbekistan has been and remains a firm supporter of an open, benevolent and pragmatic policy towards its closest neighbors. We are open to deepening all-round cooperation with the countries of Central Asia on the basis of the principles of equality and consideration of each other’s interests. Tashkent is ready for a constructive dialogue, searching for solutions to even the most acute problems on the basis of reasonable compromises, "the Uzbek foreign minister stressed.

"Practical confirmation of this is the concrete political and diplomatic steps taken by Uzbekistan in the Central Asian direction. I will not go into details, I will only say the most important thing: we really managed to create a new political atmosphere in the region, significantly raise the level of political trust with our neighbors, reach breakthrough results in many areas of cooperation," he added.

"Speaking of Central Asia, one cannot forget about one indisputable truth - Afghanistan is historically, geographically and geopolitically adjacent to the region. This is our neighbor, the most important and organic component of a region-wide security system," Abdulaziz Kamilov said.

"As the President of the Republic of Uzbekistan Shavkat Mirziyoyev noted, a stable and prosperous Afghanistan is a guarantee of regional security in Central Asia. The transition of Afghanistan to peaceful lines largely depends on economic development, in which the countries of our region can and should take part, "Kamilov said.

"In this regard, Uzbekistan has significantly expanded bilateral relations with Afghanistan, has actively joined multilateral efforts to resolve the Afghan problem. The Uzbek side will continue to further promote the economic reconstruction of Afghanistan, its speedy "transition to peaceful development," he said.

"I hope that our today’s meeting will be a logical continuation at the International Conference on Security and Sustainable Development in Central Asia, which we plan to hold under the auspices of the UN in November 2017 in Samarkand," the Uzbek Foreign Minister said.

“The forum will be held under the slogan “Central Asia: one past and a common future, cooperation for sustainable development and mutual prosperity”. Indeed, we have one past, which cannot be divided. We have a common future, which depends entirely on our ability to jointly resolve the existing differences, ensure sustainable development and mutual prosperity,” Kamilov added.

"The agenda of the planned event will include discussion of topical issues of strengthening peace and stability in Central Asia, development of regional cooperation, as well as contribution of international structures, primarily the UN, to implementation of sustainable development projects. As a result of the conference, it is planned to adopt a Joint Communique calling on the UN General Assembly to adopt a resolution on ensuring peace, security and sustainable development in Central Asia," he said.

"In this connection, taking this opportunity, I would like to invite you all to the city of Samarkand to participate in this international forum. We are sure that we are able to agree on many topical issues of regional development and make an unambiguous choice in favor of mutually beneficial cooperation," the Foreign Minister noted.