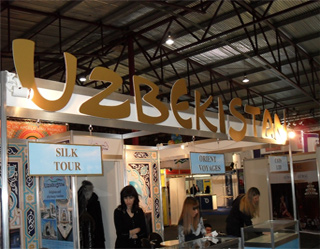 The organizers presented 50 square meters of space for Uzbekistan, which participated with its national stand.

Representatives of Uzbekistan actively participated in all events of the exhibition and presented new products and tours to ancient cities of Uzbekistan, ecologic trips, active tourism products, etc.

The delegation of Uzbekistan held negotiations with colleagues, partners and potential clients from Turkey and other countries.

Guests and participants, who visited stands of Uzbekistan, highly rated exhibits and works of the Uzbek delegation and expressed interest in establishing cooperation with tourism firms of Uzbekistan.