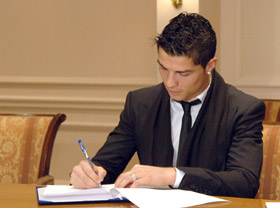 Tashkent, Uzbekistan (UzDaily.com) -- Portuguese midfielder of Real Madrid Cristiano Ronaldo signed a cooperation memorandum with the Forum of Culture and Arts of Uzbekistan Foundation on 23 December.

The memorandum is aimed at further cooperation between the Fund Forum and Ronaldo in supporting and developing children’s sports.

Among the primary goals of the document is development of charitable programs and projects to popularize and promote children’s sports, allocate grants for the support of young athletes, assist young athletes in participation in international competitions, the Uzbek fund said.

According to those close to Cristiano Ronaldo, the world’s most expensive footballer is planning to open his own charitable foundation in honour of his father. At this point many of the details are only being discussed, however, it is certain that new foundation will work on the development of charitable projects in children’s sports, Ronaldo’s representative said.

The visit of Ronaldo to Uzbekistan was organized by the Fund Forum as part of the Young Footballers Support Programme, which was inaugurated by another football star Samuel Eto’o in November.

The Programme is aimed at giving assistance to children’s and youth football teams and football fans across the country, providing sports attire and organizing other related events. In sum, the project is aimed at helping to upbring a new generation of outstanding footballers in Uzbekistan such as Ronaldo and Eto’o.

During his visit to Uzbekistan, Ronaldo gave master class to young footballers of Uzbekistan and it served as a practical move toward the implementation of the agreement signed with the Fund Forum. The event attracted not only football fans but also the broad public. Tashkent’s Jar Stadium with a seating capacity of 8,000 people was literally filled to the brim. Tickets to the long-awaited master class were distributed free of charge so that thousands of Ronaldo fans from all over Uzbekistan could see Ronaldo in action in their homeland.

“Today I will demonstrate the best moves from my arsenal,” Ronaldo said during the press conference, held prior to the master class. The purpose of such classes is to prove that every footballer must believe that he can become the best and work toward this goal, he added.

The master class was taught to children’s football teams. The football star was greeted at the stadium with a deafening ovation after which he demonstrated superb football tricks. Ronaldo was impressed by skills of footballers aged 12-15. Twelve-year-old footballer Shokhjahon Hasanov who struggled to keep on par with Ronaldo drew delight from the audience. Next followed a game between teams composed of 13- and 14-year old players, with Ronaldo playing a time in each team.

“I am thankful to the Fund Forum for inviting me to this charitable mission,” Ronaldo said. “I have come here to give a push to young footballers, inspire them and strengthen their belief in themselves.”

Also, under the Young Footballers Support Programme, Cristiano Ronaldo and the Chairperson of the Fund Forum’s Board of Trustees, Gulnara Karimova, gave awards to two children’s football teams - Olimpik Football Club of Kashkadarya region and a youth team of Sports School No. 1 of Tashkent city. In the future, similar support will be given to other football teams in Uzbekistan.

Shortly before departing from Uzbekistan, Ronaldo said he was pleased with the results of the visit and would be happy to come back to Uzbekistan on longer-term visit. 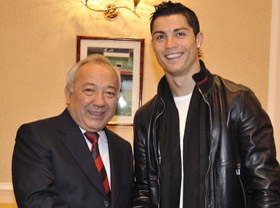 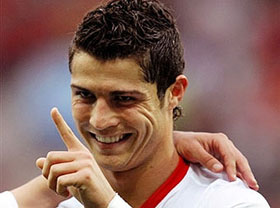 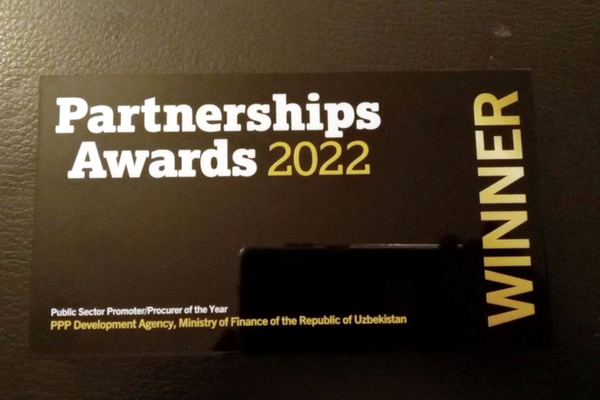 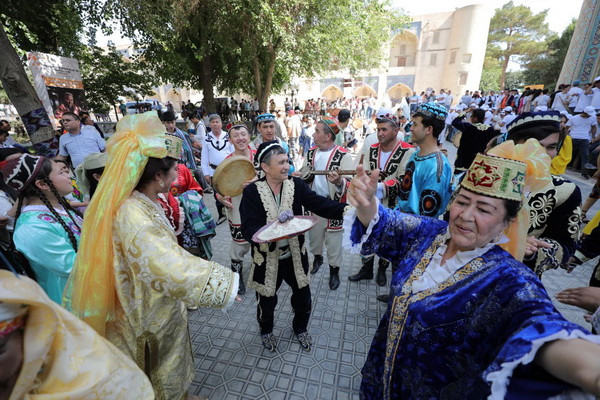 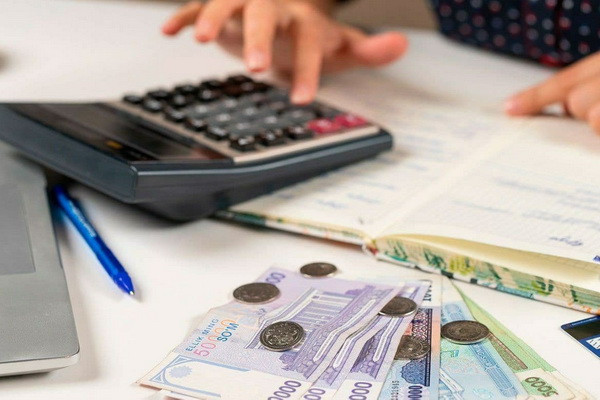