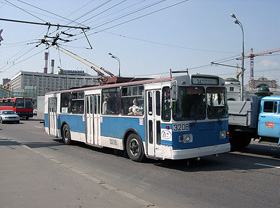 Tashkent, Uzbekistan (UzDaily.com) -- Cabinet of Ministers of Uzbekistan adopted on 26 October a resolution “On measures on renewable of the fleet of the city passenger electricity transport”.

The document was adopted for further development of city electricity transport, taking into account increasing volume of passenger transportation, increasing level and quality of serving population and equipping fleet with modern trams and trolleybuses.

The Uzbek government also approved programme on gradual reconstruction of tram infrastructure in Tashkent. The resolution said 20 trams will be purchased for Tashkent within 2009-2010.

Purchase of trams and trolleybuses will be financed due to loan of the Fund of Reconstruction and Development of Uzbekistan. The loan issued to 10 years, with three-year grace period. The interest rate of loan is 1% APR plus 0.25% APR - margin of refinancing Uzpromstroybank.