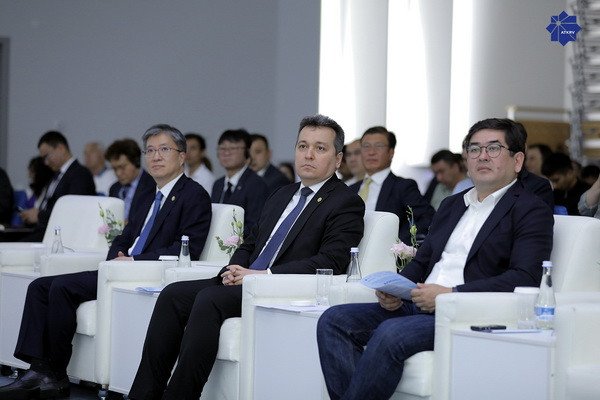 Tashkent, Uzbekistan (UzDaily.com) -- Today, on 27 May, an Uzbek-Korean forum was held at Inha University in Tashkent on the topic: “New Uzbekistan and prospects for the development of information technologies”.

The forum was attended by the Minister for the Development of Information Technologies and Communications Sherzod Shermatov and Ambassador Extraordinary and Plenipotentiary of the Republic of Korea to Uzbekistan Kim Hee-sang, Vice-President of the Electronics and Telecommunications Research Institute (ETRI) Park Jong-hyun, as well as representatives of several leading Korean IT -companies.

“Uzbekistan and South Korea are strategic partners, and friendly relations between the two countries are strengthening day by day. This is evidenced by the fact that in 2022 the 30th anniversary of the establishment of diplomatic relations between the two countries will be widely celebrated. As you know, cooperation between Uzbekistan and South Korea has a long history.

It is safe to say that at present our countries are at the stage of very close political, economic and cultural ties. From this point of view, the visit of the President of Uzbekistan in December 2021 has become another important event in the history of Korean-Uzbek relations,” Minister of ICT Sherzod Shermatov said in his speech at the forum.

The Minister of ICT also noted that long-term plans for cooperation in the field of BPO and KPO have been developed with Korean partners. He noted with satisfaction that practical work is underway to ensure their direct participation in increasing the export of services.