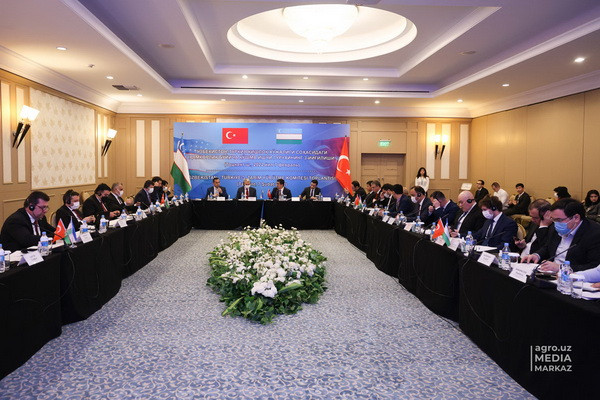 The Uzbek-Turkish meeting was organized within the framework of the bilateral Agreement on technical, scientific and economic cooperation in the field of agriculture. The previous meeting of the Executive Committee of Agriculture between Uzbekistan and Turkey was held on 18 April 2018 in Bukhara.

- This year, the meeting, which is the main interdepartmental platform in the development of cooperation between the agro-industrial complexes of the two countries, is held on the eve of the visit of the Minister of Agriculture and Forestry of the Republic of Turkey Bekir Pakdimerli, - explained the head of the Main Department for International Cooperation and Investments Shohrukh Tolibov. - During the visit, Turkish business circles representing the agricultural sector are also expected to arrive, which will allow discussing the expansion of trade and economic cooperation between the two countries and the creation of new investment projects in the agricultural sector.

During the three-day events, a number of meetings will be held, the parties will exchange views on the current state and further expansion of cooperation in a number of areas:

– Cooperation in the field of agricultural education;

– Certification and testing of agricultural machinery and technologies;

Heads of other involved ministries and departments of the agro-industrial complex will also take part in the discussion of issues.

Based on the results, the co-chairs of the subcommittee will approve the relevant protocol for further implementation.