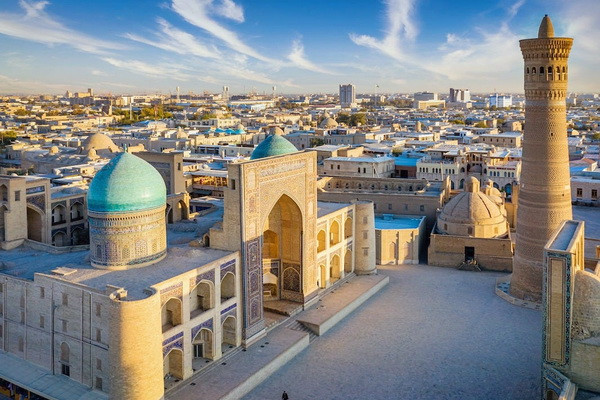 EBRD invests a record US$690 million in Uzbekistan in 2021

EBRD invests a record US$690 million in Uzbekistan in 2021

Tashkent, Uzbekistan (UzDaily.com) -- The European Bank for Reconstruction and Development (EBRD) invested almost US$690 million (€607 million) in 22 projects in Uzbekistan in 2021, with Central Asia’s most populous state becoming the largest recipient of EBRD funds in the region for the second year running, the EBRD said in a statement.

The Bank’s funds promoted renewable power generation, green lending, the upgrade of key infrastructure and domestic small businesses. The previous record for the annual investment in Uzbekistan was in 2019 when the EBRD pledged US$575 million (€517 million) through 13 projects in various sectors of the national economy.

The EBRD also expanded its presence on the ground last year by opening its third regional office, in Urgench.

The Bank’s Head of Uzbekistan, Alkis Drakinos, said: “The EBRD has been reporting record investment in the country for the third time since 2018 and the main credit for this goes to our team on the ground. I am very proud of our commitment and determination to deliver strong results, despite the pandemic-related adversities. We are privileged to be living in the fast-reforming state of Uzbekistan and contributing to its success.”

Among the highlights of the EBRD’s activity last year were its efforts to help Uzbekistan develop its low carbon pathway and achieve carbon neutrality in the power sector by 2050. The Bank and the Uzbek government also agreed to develop a long-term low greenhouse gas emissions and climate resilience strategy to take the country towards Paris Agreement alignment.

The Bank invested €21.8 million to help construct and put into operation a 100 MW photovoltaic solar power plant near the city of Samarkand. One of the first private-sector renewable energy projects in the country, it will help diversify the energy mix, which is currently dominated by fossil-fuel-fired power stations.

More than 170,000 people living in the Namangan region of eastern Uzbekistan will receive access to fresh drinking water and wastewater services following a major rehabilitation programme financed by an EBRD loan of US$70 million.

The EBRD and the city of Samarkand agreed to develop a Green City Action Plan, which will help introduce carbon neutral electric buses in the city.

In the financial sector, the EBRD strengthened digital finance and boosted financial inclusion in the country by acquiring a 20 per cent stake in TBC Bank Uzbekistan, the country’s first digital bank.

It provided loans of US$10 million and US$25 million under the EBRD’s Green Economy Financing Facility (GEFF) to HamkorBank and UzPromstroybank to support small private sector companies investing in green technology.

The Bank supported a large-scale foreign investment in Uzbekistan’s cotton industry by providing US$60 million to Indorama Agro, an agricultural enterprise engaged in cotton and other rotational crop farming. The project is promoting the modernisation of agriculture and better economic opportunities for the local population.

The EBRD also financed the development and expansion of a local pharmaceutical producer Nika Pharm and the region’s only producer of glass wool Ecoclimat, which received EBRD loans of US$5 million each.

In 2021 the EBRD had 49 projects with small and medium-sized enterprises (SMEs) located in various parts of Uzbekistan. The Bank reached out to more than 600 individual entrepreneurs and small businesses through its lending tools and advisory services. The share of advisory projects supporting women-led businesses grew to 45 per cent of the total compared with 33 per cent in 2020. Also, more than 40 per cent of projects with SMEs offered modern digital solutions.

To date, the EBRD has invested more than €2.85 billion through 106 projects in Uzbekistan.

The 2021 green results, a significant increase on the 29 per cent share of total financing in 2020, fall under the EBRD’s Green Economy Transition (GET) approach. They follow the Bank’s recent twin commitments to align all its investments with the goals of the Paris Agreement on limiting climate change by the end of this year, a decision taken by its Board of Governors at last July’s Annual Meeting, and to make a majority of its investments green by 2025.