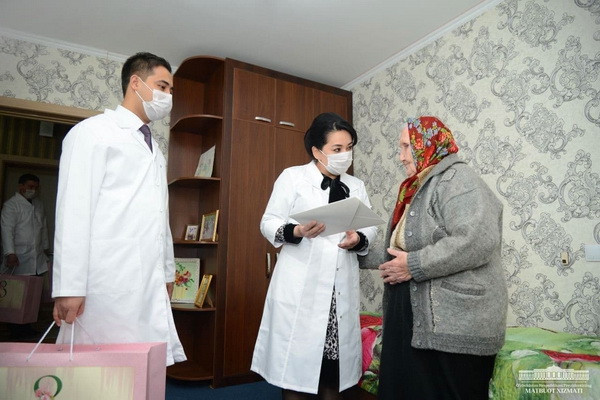 Tashkent, Uzbekistan (UzDaily.com) -- The Presidential Decree "On social support for the elderly and persons with disabilities, as well as the further development of the Sakhovat and Muruvvat boarding houses" was adopted.

According to the Decree, the Agency for the Development of Medical and Social Services of the Republic of Uzbekistan and its territorial divisions have been established.

The Agency is an authorized government body in the field of providing medical and social services to the elderly, persons with disabilities and other segments of the population in need of social protection, and in its activities is subordinate and accountable to the Cabinet of Ministers.

The Director of the Agency and his deputies are appointed and dismissed by the Cabinet of Ministers in agreement with the President.

By decree, the following are transferred to the Agency's system:

- National Center for Rehabilitation and Prosthetics of Persons with Disabilities;

- sanatoriums and boarding houses for war and labor veterans;

- Republican Inspectorate of Medical and Social Expertise and its territorial divisions;

- off-budget Foundation for support of boarding schools "Muruvvat" and "Sakhovat"

- Foundation for the Support of Persons with Disabilities under the Ministry of Health.

According to the Decree, a "Road Map" was approved to strengthen the material and technical base of medical and social institutions, which provides for construction and reconstruction works in 35 institutions for 428 billion soums, equipping with furniture and appliances - for 40 billion soums, organizing and carrying out work for improvement and gardening.