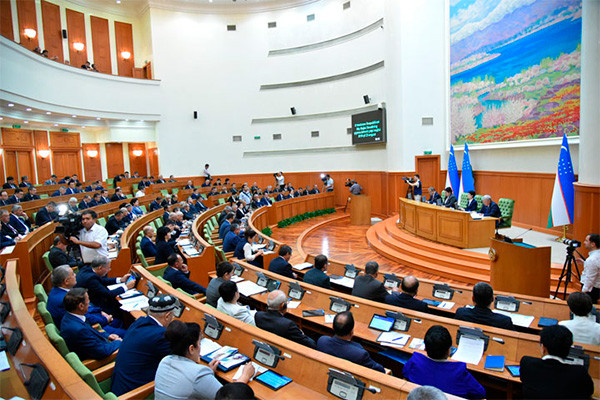 Tashkent, Uzbekistan (UzDaily.com) - A special working group has been formed in the Senate of the Oliy Majlis to deeply and comprehensively study the prospects for cooperation between Uzbekistan and the Eurasian Economic Union (EAEU) and the impact of such cooperation on the country's national interests.

The working group, on the basis of instructions and instructions specified in the Message of the President of the Republic of Uzbekistan to the parliament, will carefully study the proposals of the Cabinet of Ministers and other materials on this issue, organize their wide discussion and prepare its conclusion.

At the same time, a detailed analysis of the experience of the EAEU member states, a number of promising opportunities for the implementation of large investment projects, the creation of territorial clusters, industrial and trade zones, the further expansion of interregional cooperation, and the practice of free trade are provided for.

The study process will be organized jointly with the Legislative Chamber of the Oliy Majlis, the Cabinet of Ministers and the relevant ministries and departments of the republic.