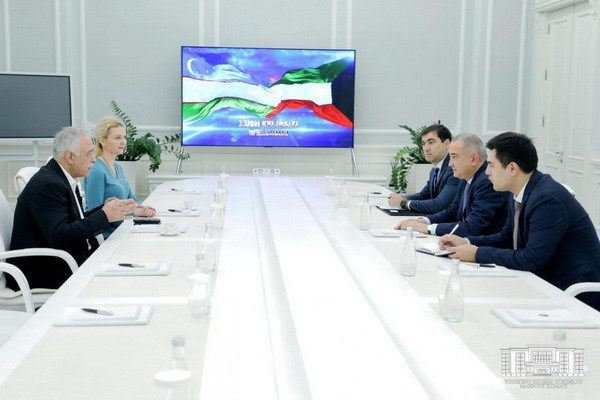 Starbucks plans to open its shops in Uzbekistan

Starbucks plans to open its shops in Uzbekistan

During the meeting, the parties discussed issues of bilateral cooperation, in particular, the prospects of opening the world-famous Starbucks coffee shop chain in Tashkent.

Significant progress was noted in the implementation of joint international projects in Uzbekistan thanks to the country’s socio-economic reforms that contribute to improving the investment climate and enhancing international trade and economic relations.

Nenji Menhotra showed great interest in the project for the construction of 4 and 5 star hotels in Tashkent, and also addressed the issues of urban infrastructure and communication in the context of demographic trends over the next five years. In turn, Jahongir Artikkhojaev introduced the guest to the socio-economic and investment, as well as tourist indicators of Tashkent.

Following the meeting, the foreign side announced the preparation of the necessary documentation with the selection of locations for the project to open a network of Starbucks coffee shops and hotels with a global brand.