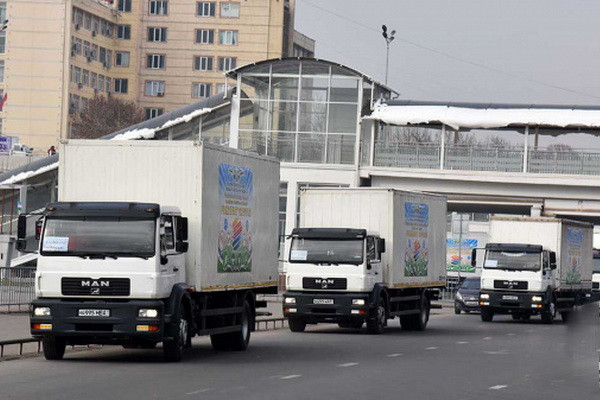 Tanzila Narbaeva: All conditions are created for the formation of a comprehensively and harmoniously developed personality

Tanzila Narbaeva: All conditions are created for the formation of a comprehensively and harmoniously developed personality

Tashkent, Uzbekistan (UzDaily.com) - On 15 January, a ceremony of sending a caravan of sports equipment and equipment to the country’s regions took place at the Milliy stadium.

The event was attended by the Chairman of the Senate of the Oliy Majlis of the Republic of Uzbekistan Tanzila Narbaeva, the leadership of the Ministry of Physical Culture and Sports, senior officials of the territorial departments and representatives of the media.

Speakers noted that the President of the Republic of Uzbekistan Shavkat Mirziyoyev put forward five important initiatives to improve the spirituality of the country’s youth and organize its meaningful leisure. The second initiative is aimed at creating the necessary conditions for young people to realize their abilities in the field of physical education and sports. For a short period of time, the country has carried out large-scale work in this direction.

- Today, under the leadership of President Shavkat Mirziyoyev, all conditions are created in the country for the formation of a comprehensively and harmoniously developed personality. Thus, the second direction of five important initiatives put forward by the President is filled with deep content and is aimed at the development of physical culture and sports, Tanzila Narbaev, who spoke at the ceremony of seeing off the sports caravan, noted. - A sports caravan going to 230 children and youth sports schools of the Republic of Karakalpakstan, regions and the city of Tashkent will serve the harmonious development of youth, which is the future of the country. Among them, famous sports stars, world champions and olympiads will appear in the future.

Then, special certificates were handed to the responsible representatives who arrived from different regions. A huge sports caravan headed for the regions of the country.

The sports caravan, which went to the youth of the Republic of Karakalpakstan, regions and the city of Tashkent, includes 96 types of sports equipment, inventory and clothing for a total of 50 billion soums, of which 19 billion 316 million 802 thousand soums will be sports equipment delivered to 230 youth sports schools in the country.

In addition, in order to develop volleyball in the country, 7542 general education schools will receive equipment, inventory and clothing for a total amount of 30 billion 309 million 22 thousand soums.