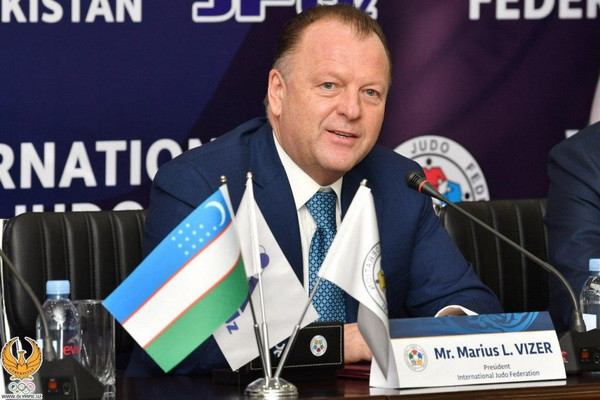 Judo World Championship to be held in Tashkent in 2021

Judo World Championship to be held in Tashkent in 2021

The purpose of the visit of M. Wieser to our country was the signing of an agreement on holding the World Judo Championship in Uzbekistan in 2021, as well as the annual congress of the International Judo Federation.

The agreement envisages the championship in the metropolitan complex "Humo Arena". Next year the stars of world judo will gather here, who will fight for the title of world champion.

“I am very grateful for the warm welcome. Uzbekistan is a country in which combat sports are developed. The fighting spirit and patriotism of Uzbek athletes has always been an example of imitation. I was at the 1996 Olympics, in it for the first time in the history of Uzbekistan, judoka Armen Bogdasarov won the silver medal of the Olympic Games. Since then, I have been very interested and discovered Uzbekistan as a country of great opportunities. Particularly commendable is the fact that all industries are developing at the same pace. Today we are signing a four-sided memorandum on the implementation of the “Judo in schools” program in Uzbekistan and I want to express my gratitude to the government of Uzbekistan, ministries and the NOC for their support. I hope that our cooperation will continue for many years,” Marius Wieser said.