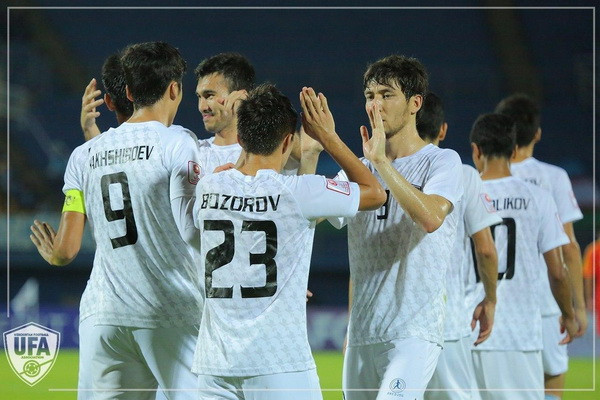 Captain Islom Kobilov scored one penalty kick and had another saved, before Nurillo Tukhtasinov came off the bench seal an important win for Ljubinko Drulovic’s side with 10 minutes remaining.

China PR’s second defeat in succession means they can no longer advance to the knockout stage, while Uzbekistan’s relatively handsome tally of four points from two matches means they require only a draw from their final group stage match against already qualified Korea Republic to advance.

With their title defence in jeopardy after Thursday’s draw against Islamic Republic of Iran, Uzbekistan came bursting out of the gates, keeping their opponents on the back foot in a dominant early period where the Chinese goal lived a charmed life.

Khusniddin Alikulov had the ball in the back of the net within six minutes, only for the goal to be chalked off on account of the assistant referee’s flag, and the chances kept coming, with Sanjar Kodirkulov and Jasurbek Yakhshboev both drawing saves from Chen Wei before Aziz Ganiev struck the bottom of the upright from distance after 21 minutes.

Uzbekistan’s tally of 70 percent possession and seven shots at goal to one in the opening half-hour told a compelling story about the state of affairs, but, for all their dominance, it took until the dying seconds of the first half for them to go ahead.

The goal came from an increasingly familiar source, with team captain Kobliov stepping up for the second time in four days to convert a penalty kick, this time in the third minute of first half stoppage time, after Oybek Bozorov was fouled by Wei Zhen.

Kobilov missed a chance to extend the lead when he had a second spot kick of the night saved by Chen after the Video Assistant Referee spotted a handling offence just after the hour mark, with China launching occasional attacking raids themselves in the aftermath.

Uzbekistan’s frustration continued with further near misses to Abdixolikov and Kodirkulov, but they finally made the points safe when Wei blocked a shot directly into the path of Tukhtasinov, who finished unerringly from eight yards to put the holders within touching distance of the last eight.