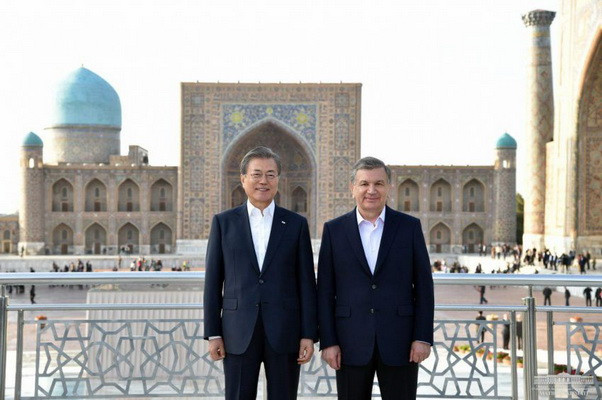 Tashkent, Uzbekistan (UzDaily.com) -- Within the framework of the state visit to Uzbekistan, President of the Republic of Korea Moon Jae-in arrived in the city of Samarkand.

Presidents Shavkat Mirziyoyev and Moon Jae-in together with their spouses visited the historical monuments of the ancient city. 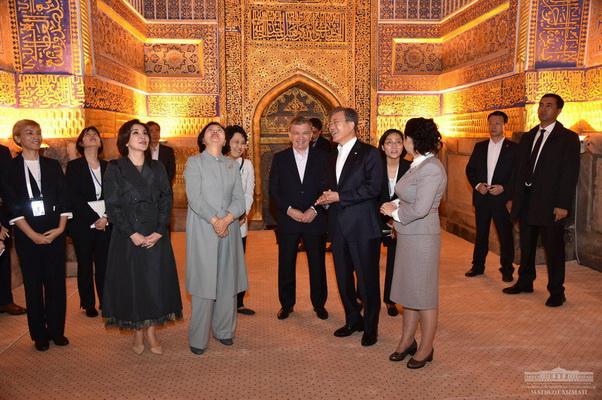 First, the heads of state visited the observatory and the museum of Ulugbek. Amir Temur’s beloved grandson, the great astronomer and ruler Muhammad Taragay Mirzo Ulugbek made a great contribution to the development of science and culture. He built a unique observatory for the Middle Ages, in which he studied celestial bodies with particularly high accuracy. His "New Astronomical Tables Kuragoni" for many years served as an important manual on astronomical science.

It was noted that the Koreans had heard about Mirzo Ulugbek, and everyone who personally saw his observatory and the museum dedicated to him would be convinced of the genius and enormous contribution of Ulugbek to the development of science. Then the Presidents of Uzbekistan and South Korea visited the Afrosiab Museum.

The museum tells about the three thousand year history of Samarkand. The unique exhibits and wall paintings stored here attract the attention of tourists from all over the world, including those from South Korea. One of the frescoes, dating back to the 7th century, depicts the reception ceremony by the ruler of Samarkand, the ambassador of the ancient Korean state Koguryo.

The President of South Korea looked at the drawings with special interest and noted that the friendly ties between our peoples are rooted in the past. He expressed confidence that the traditions of friendship and cooperation will continue in the future. 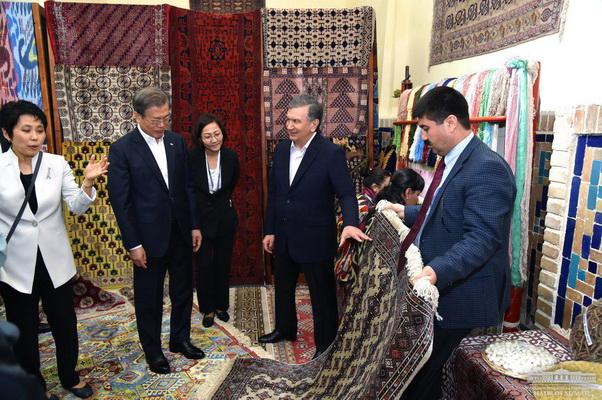 A ceremony of exchange of a memorandum of understanding between the Academy of Sciences of the Republic of Uzbekistan and the Administration of Cultural Heritage of the Republic of Korea on cooperation in the field of cultural heritage was held here in the presence of the heads of state.

The world-famous ensemble Registan is another business card of Uzbekistan, reflecting the creative potential of our ancestors. The majestic madrasahs of Mirzo Ulugbek, Sherdor and Tillakori can impress everyone with their scale and unique architecture.

The President of the Republic of Korea with sincere enthusiasm got acquainted with each monument of the Registan, presented here as products of national handicraft. The distinguished guest was told about the history of construction and architecture of the madrasah, the symbolism of ornaments and the meaning of the inscriptions.

During a visit to the Amir Temur mausoleum, the guests were told about the state-building policy of our great ancestor, his leadership talent, and diplomatic relations with various countries. The story of the life and work of Sahibkiran, as well as the largest state of his time created by him, made a huge impression on the guests.

The state visit of the President of the Republic of Korea Moon Jae-in to Uzbekistan continues. 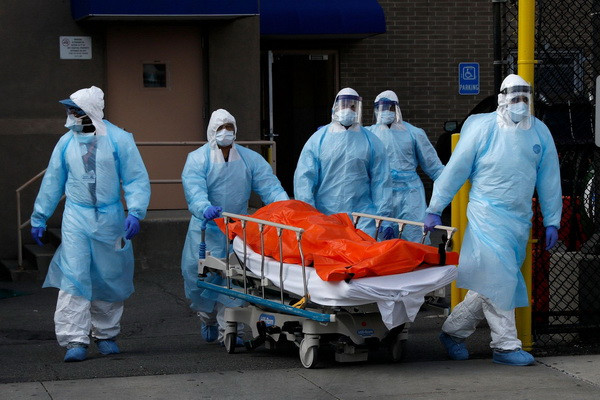 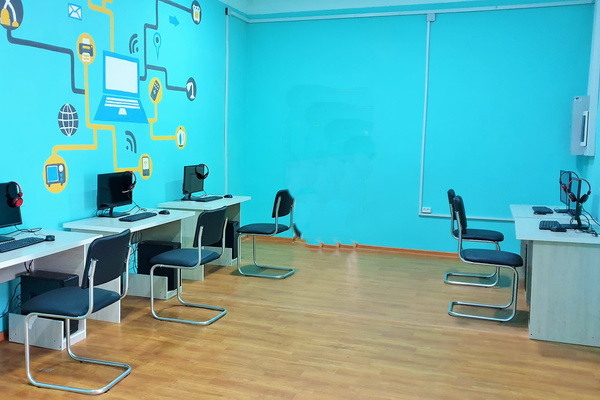