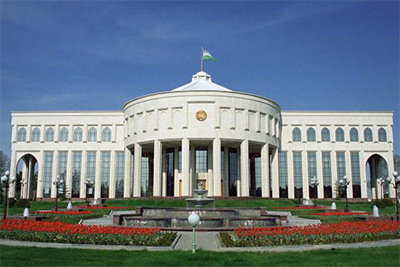 Malaysian Ambassador Abdul Aziz Bin Harun said that during his mission in Uzbekistan will work to develop bilateral relations, in particular in economic and humanitarian cooperation.

Ambassador of Iran Muhammad Keshovarzoda underlined that the relations between Uzbekistan and Iran have good perspectives.

Hillel Newman, Ambassador of Israel to Uzbekistan, said he is happy that he was appointed to Uzbekistan. He said he will pay attention to further development of bilateral trade-economic and investment cooperation.

Ambassador of Belarus Igor Sokol said Uzbekistan occupies special place in Central Asia and Belarus is interested in developing cooperation with the country in such sectors as energy, agriculture, processing industry. He said the countries have great opportunity in tourism and sports.

Mr. Sokol said he will pay attention to further cooperation between countries in above mentioned areas.