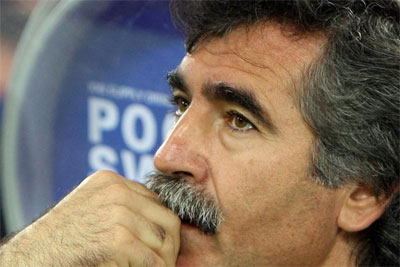 The decision was adopted after Lokomotiv Tashkent played a 2-2 draw with Qoqond-1912, leading with the score 2-0.

In the result, Lokomotive holds the second place in the Uzbek league five games before the end of the season, trailing four points from leaders, Pakhtakor.

Marat Miftahutdinov, who worked as Abramov’s assistant at the club, also left the team.

According to the decision of the club, Andrei Miklayev and Mirco Yelicic will be responsible for results in remaining five matches.