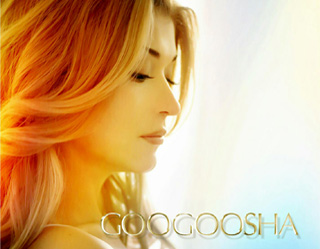 Tashkent, Uzbekistan (UzDaily.com) -- GooGoosha - poet, mezzo soprano, designer and exotic Uzbek beauty, known affectionately as the recording artist Googoosha, releases her debut album in the US and internationally on iTunes.

The idea for an album of music came about from her desire for self-expression. Initially poems, these words, now lyrics, were put to music. Googoosha says “The flavor of self-comprehension in these poems made them sound like melodies of life to me”.

For the album, Googoosha worked with the renowned Russian producer and composer Maxim Fadeev. (Maxim’s past work includes creating arrangements for Enigma).

The just released first single “Round Run” is already getting strong club action in the US. Such well know producers/re-mixers as Razor N Guido, DJ White Shadow and U-Tern have all created re-mixes of the song. A video will be released shortly.

Googoosha’s debut album takes you through many moods, experiences, and lessons. It’s a very brave approach through modern pop, trip-hop and soft rock.